After having worked for a few years on democracy, we have decided to focus on « the commons ». This year, we only had three sessions, that each of us (Rachel Rogers, Hilary Sanders and Alexandra Sippel) presented mainly to our lab colleagues. Our purpose was to provide insight based on our own current and/or past research to try and define a framework for our seminar in the coming years.

On 11 February, Rachel Rogers discussed who, and then what, the Commons were. She provided a « general and long-term view of the common and the term common(s). » Drawing on John Watts’s book chapter entitled « Public or Plebs: The Changing Meaning of ‘The Commons’, 1381-1549, » Rachel Rogers insisted on the changing definition of the commons over the commons, from the time when Parliament first met from c. 1200 when Parliament first met, until the Great Revolt (1380-1), when the commons included « non noble knights, burgesses and gentry who formed a part of the English legislature » (The House of Commons), the people as opposed to both the aristocracy and the poor. From the late 14th to the late 15th century, the commons began to extend to the poor as common law came to be seen as applying to all. The relationship between the commons and the people was crucial in those years. What characterises the 16th century is government by experts rather than by those who represent and are represented. She then turned to Jane Humphries’s work on common rights and the commoners in late eighteenth- and early nineteenth-century England in particular (especially in her 1990 paper « Enclosures, Common Rights, and Women: The Proletarianization of Families in the Late Eighteenth and Early Nineteenth Centuries », The Journal of Economic History, March 1990).

For our second session on 8 April, Hilary Sanders looked at more contemporary studies of the commons, and adopted « a more abstract definition of the commons as any natural or man-made resource that is or could be held in common. » Her talk thus focussed on « the tragedy of the commons, when users of a common resource act individualistically in ways that are detrimental to the common good and can lead to the depletion of that resource ». Hilary Sanders mentioned Aristotle’s statement in Politics, according to which « what is common to the greatest number has the least care bestowed upon it, » in order to question this fairly intuitive idea. She proposes to historicize the debate on the commons in the twentieth and twenty-first centuries, particularly in the United States. Her corpus for this paper draws on Garrett Hardin’s The Tragedy of the Commons (1968) of which she provides a critical reading, and its critique by Elinor Ostrom as well as the body of research that supports or nuances this critique. In a final part, she proposes to examine why this notion of a tragedy of the commons was treated as a self-evident truth in the United States after the publication of Hardin’s article. Hilary Sanders shared excerpts of Hardin’s main arguments against holding resources in common, and the immense influence it had as the paper has become one of the most cited in the twentieth century. She ponders on the fact that neoliberalism (as defined by Wendy Brown in Undoing the Demos: Neoliberalism’s Stealth Revolution, 2017) and privatisations found this Science article as a convenient justification. She then turns to Elinor Ostrum’s critique of Hardin’s article. Although she admits that such fabricated models are useful, but remain unable to account for social groups in which people actually communicate and try to achieve common success.

Alexandra Sippel presented the third paper this year, drawing on her earlier research on utopia. Basing her talk on British utopian sources. Using Thomas More’s foundational text (1516) as a starting point, she suggested that utopia as a literary genre was born of a crisis of the commons, as More produced his text (coining the word « utopia » in the process) against the backdrop of illegal enclosures motivated by greed. She also cited social reformist James Burgh’s Account of the Life… of the Cessares, A People of South America (1756), and from John Minter Morgan’s The Revolt of the Bees (1834) to suggest that utopias tend to crop up at times when the common good is under threat, and a sense of social injustice becomes unbearable, prompting would-be reformers to propose blueprints for alternative social models in which human and natural resources are used in common. She ended on a darker note with A. Huxley’s dystopia Brave New World that ponders about the risk of a government’s absolute power over a population held as a common resource to serve the government’s rather than the people’s interests. 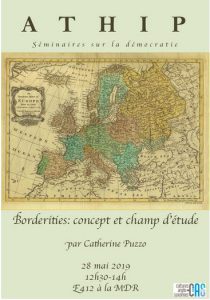