You are currently browsing the monthly archive for juillet 2011.

From images of the swine flu epidemic to health promotion youtube clips, visual imagery is circulating at an increasing speed. Images produced by technologies such as obstetric ultrasound and fMRI circulate beyond the clinic, while reality television programmes explore illnesses and ‘health behaviours’. As a result of the growth of ICT, the number of actors capable of producing and disseminating imagery is now vast. This symposium seeks to explore the relationship between images, publics and health and to critically consider contemporary developments. It does so by bringing together a range of ‘case studies’ from early twentieth century to the present.

The venue is located on the second floor of the King’s Building, Strand Campus of King’s College London. Please ask at reception for directions.

This event is free and open to all, however, registration is needed. To find out more details and to register please email Michelle Summerfield at: michelle.summerfield@kcl.ac.uk

Parution – Journal of the history of medicine and allied sciences

Parution – Journal of the history of medicine and allied sciences

Journal of the history of medicine and allied sciences, juillet 2011, n°66/3.

James L. A. Webb, Jr.
The First Large-Scale Use of Synthetic Insecticide for Malaria Control in Tropical Africa: Lessons from Liberia, 1945–1962 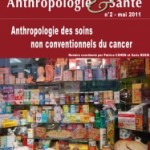 How did the structures and form of provision of medical services develop in European cities from the Middle Ages to the early nineteenth century? In what ways did the demand for medical services among the population change? And how did the distinctive characteristics of urban settings and individual cities shape the ways in which healthcare was provided to their inhabitants? The Prague European Association for Urban History 11th Congress wellcomes proposals for the its Main Session M9.

How did the structures and form of provision of medical services develop in European cities from the Middle Ages to the early nineteenth century? In what ways did the demand for medical services among the population change? And how did the distinctive characteristics of urban settings and individual cities shape the ways in which healthcare was provided to their inhabitants?

Cities have long been recognised as nodal points in medical systems, containing concentrations of practitioners, medical institutions, and training alongside high numbers of sick inhabitants. However, recent work on healthcare has begun to reveal radical changes in the supply and demand for medical services in some parts of early modern Europe. These changes were intertwined with developments in international and local trade systems, consumption patterns and welfare institutions, including poor relief and hospitals. The aim of this session is to identify and explore those changes in healthcare provision that occurred in cities, with a view to uncovering the distinctive trajectory of systems of healthcare in urban contexts, cities’ roles as centres of trade and production of medical goods and services, and city inhabitants’ evolving patterns of engagement with commercial, state and community suppliers of medical care. We are particularly interested in papers that develop new methodologies or explore new sources for analysing medical provision, with a view to offer new comparative perspectives. Papers may focus across the full array of medical provision, from assistance and hospital care to individual transactions between individuals and their social groups and practitioners.

Submissions are to be made via the conference website, with copy to the organizers: http://www.eauh2012.com/sessions/call-for-paper-proposals/

Court medical practitioners changed in numbers, occupations and functions during the Renaissance and early modern period (15c-18c) practitioners focused on different specialities within body-care, and took on different roles in the government of Europe’s states. Building on recent work that has concentrated on the history of body care at courts, this workshop will explores changes in court medical politics, practices and practitioners and the consequences they had for, firstly, medical thought, regulation and practice and, secondly, the activities, management and evolution of early modern states.

The workshop will focus on:

Identifying the different occupations involved in court medicine, analysing their nature, from astrologers to midwives, and their changing importance over time till their prospective professionalization;
Examining whether practitioners became increasingly specialized over time, and whether this was connected to the emergence and circulation of new medical knowledge during the seventeenth century;
Exploring medical practitioners’ involvement in the wider activities of courts, and identifying their contribution, as experts and entrepreneurs, to the building of modern states;
Investigating the role of medical court practitioners in the redefinition of medicine and medical practices, and the formulation of healthcare politics, including sanitary, occupational and welfare regulation.

Papers are invited that explore one or more of these themes in Europe’s courts. We welcome proposals that are comparative, as well as detailed studies of particular cases. Proposed title, abstract (c. 500 words) will be sent to the organizers, as well as the affiliation of the speaker.

The workshop aims at reconnecting studies of court medicine to issues in political history, with their implications for therapeutic practices and medical ideas, and the history of the State, encompassing issues from the conservation of the king’s health to sanitary regulations. Health- and body-care in European courts have been at the forefront of recent research in cultural history, with major research programmes on court medicine. These scholarly contributions have enriched the history of bodily practices and personal health. However, they have rarely explored in detail the particularity of the court as a site of power and politics and the implications this had for medical practices. Medical practitioners served not only to preserve the rulers’ bodies but also as acted as tools for control, including the setting of suitable diplomatic atmosphere, in the case of Duchy of Savoy’s barber-surgeons (S. Cavallo) or providing legal or scientific advice (S. di Renzi, E. Andretta). The workshop will provide an in-depth revision of the role of court practitioners in early-modern politics.

Building on historiographies that have independently studied medical courtiers through the lenses of medical science or courtly practices, the workshop intends to offer fresh perspectives on the intersection of medicine and politics. In this regard, medicine can rightly be considered as an instrument of power, whose dimensions were reconfigured thanks to its closeness to power. By delegating some regulatory and supervisory powers to medical occupational bodies, authorities included them in the process of political legitimacy. This in turn had consequences for the fashioning of medical identities and their organization of knowledge and action. Not only did the courts supply serving practitioners with gratuities and salaried positions, they gave them a higher status and often some authority, including scrutiny over policies and regulations in healthcare. As a result, the States obtained tools for reducing sanitary risks and improving the civil populations’ healthcare management. Among other examples, court medical practitioners contributed to the assessment of therapeutic innovations, debates on poverty, distribution of medicines, price fixing for drugs and medical services, preventive administration during epidemics, military medical care, and the development of legal medicine. The parallel with court prelates is striking: religion not only served as an instrument of state control, but was instrumental to the shaping of Counter-Reformation Europe politics, through the various functions served by courtier ministers of the church. Thirty years ago, Foucault argued for the close connection of medicine and politics. By focusing on the actual core location of power and politics in an earlier period, the workshop aims to interrogate the periodization offered by the French philosopher, and place medicine within the larger history of the construction of modern states.

The workshop will explore a crucial period in the history of European courts, from the late fifteenth to the eighteenth century. This was also a foundational period in the history of sanitary politics, from the management of epidemics in the Mediterranean to the poor laws in Northern Europe. Scholars working on different European courts can thus offer a comparative perspective on the courtly places of power, in contrast with state and urban administrations, and the tensions between medical knowledge and sanitary power.

Topics covered by the workshop will include:

Work organization:
English language is required for oral presentations. Papers will be pre-circulated a month in advance (by May 31, 2012), in the author’s preferred language, although English is strongly recommended. If the conference is a success, a journal and/or a publisher will be approached at the beginning of 2012 with a view to publish revised English versions.