You are currently browsing the monthly archive for mai 2011. 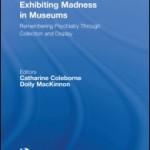 While much has been written on the history of psychiatry, remarkably little has been written about psychiatric collections or curating. Exhibiting Madness in Museums offers a comparative history of independent and institutional collections of psychiatric objects in Australia, New Zealand, Canada and the United Kingdom. Leading scholars in the field investigate collectors, collections, their display, and the reactions to exhibitions of the history of insanity. Linked to the study of medical museums this work broadens the study of the history of psychiatry by investigating the significance and importance of the role of twentieth-century psychiatric communities in the preservation, interpretation and representation of the history of mental health through the practice of collecting. In remembering the asylum and its different communities in the twentieth century, individuals who lived and worked inside an institution have struggled to preserve the physical character of their world. This collection of essays considers the way that collections of objects from the former psychiatric institution have played a role in constructions of its history. It historicises the very act of collecting, and also examines ethical problems and practices which arise from these activities for curators and exhibitions. 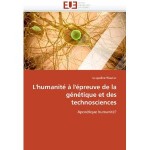 Call for Workshop Papers for a Session on Anatomies of Knowledge : Medicine, Science, and Health in Asia

at the Conference on Inter-Asian Connections III Hong Kong

The Hong Kong Institute for the Humanities and Social Sciences (HKIHSS) at the University of Hong Kong, the National University of Singapore (NUS), and the Social Science Research Council (SSRC) (the Organizers) are pleased to announce an open call for individual research paper submissions from researchers in any world region, to participate in a 3-day thematic workshop at an international conference, « Inter-Asian Connections III: Hong Kong. »

To be held in Hong Kong, June 6-8, 2012, the conference will host six concurrent workshops, led by two or three directors and showcasing innovative research from across the social sciences and related disciplines. Workshops will focus on themes of particular relevance to Asia, reconceptualized as a dynamic and interconnected historical, geographical, and cultural formation stretching from the Middle East through Eurasia and South Asia, to East Asia. Four workshops were chosen competitively from among 41 applications while two were organized by the host institution. We are now accepting applications for all six workshops.

The conference structure and schedule have been designed to enable intensive ‘working group’ interactions on a specific research theme, as well as broader interactions on topics of mutual interest and concern. Accordingly, there will be a public keynote and plenary sessions in addition to closed workshop sessions. The concluding day of the conference will bring all the conference participants together for the public presentation and exchange of research agendas that have emerged over the course of the conference deliberations.

Individual paper submissions are invited from junior and senior scholars, whether graduate students or faculty, or researchers in NGOs or other research organizations, for the following six workshops.

« Asia » is still used as shorthand to refer to a large, nebulous region, traditionally defined in opposition to « Western/modern ». Can « Asia » be a new constructive category of analysis, then, if the idea is taken out of oppositional and dichotomous relationships with the « West, » and used as a fluid, plural, maybe unique, and continuous process in the building of the contemporary global? This workshop aims to explore these ideas by focusing on the issues of medicine, science, and health. Does knowledge generated by new technologies and disease studies reinscribe « traditional » beliefs about race, ethnicity and nation, or does it contribute to a new and larger collective, broadly imagined as « Asia »?

Recent research uses the ideas of medicine, science, and health to engage the larger « Asian » identities. Leung and Furth (2010), for instance, identify the porous and interconnected relationships of the local and the global to reconceptualize East Asia. Ong and Chen (2010) use the term « Asian Biotech » to address a growing regional focus on the pursuit of biotechnology as national interest, with Asian players positioning themselves as key global actors to surpass the « West. » This workshop will examine such and other ongoing processes of redefining and reconfiguring « Asia » by focusing on three broad themes, and encourages applications from a wide range of disciplines and backgrounds.

Changing ideas/ideals, Changing Asia(s) – Since the mid nineteenth century, « modern » science and medicine, via the « West » and sometimes via Japan, had been interacting with the historically-specific local, socio-cultural perspectives and practices on the « Asian » body. How have these knowledges interfaced in the colonial/postcolonial periods, transforming and impacting the present discourse? How do the « global genealogies of scientific practices in highly local situations » (Leung and Furth, 2010) translate from the past? How are the legacies and genealogies, preserved in policies and institutions, adjusting to the shifting narratives of the rapidly transforming biotechnologies and ethics of medicine, science, and health? How are old and new ethical reasoning informed by, and forming, new modes of capitalism, nationalism, sovereignty, and the notion of « Asia »?

Biosecurity: Crises, Risks, Reactions – The insecurities and risks associated with the modern pandemics results from the continual global movements of peoples, goods, and diseases, with political, economic, and social impact. Are new diseases such as SARS, Bird Flu, H1N1 etc. considered and managed as « Asian » diseases the way cholera, plague, and leprosy were in the 19th century, or differently? How does post-colonial manipulation of international quarantine impact the notions of borders, sovereignty, citizenship, civil rights and identities in « Asia » and in individual Asian states? How does global or « Asian » economics inform quarantine politics and quarantine impact trade? How is the « Asian » element in such institutional setup integrated and interpreted?

Trials and tribulations? New and « experimental » sciences and technologies – In an age where new technologies outpace legal adaptation and ethical discourse, how do governments, corporations, academics, or other agents provide ethical, legal, political, economic oversight and protection and what are the consequences? How do indigenous medicines fit in? What kinds of historical legacies, cultural capital, religious traditions, and other value systems inform, shape and formulate shifting narratives to test and incorporate new technologies, which may transform previously-held ideas of nutrition, well-being, and reproduction of individuals, families, and communities? Genomic and stem cell research, organ farming, new reproductive technologies and birth controls, genetically-modified foods-how do these new technologies impact « Asian » identities and policies?

The three themes are not mutually exclusive, as common issues are intertwined through the broad topics of medicine, science, and health. They also point to the « Asian » historicity of knowledge, and the constantly shifting factors shaping them.

Public hygiene can be broadly understood as concepts and practices aiming at strengthening or reconstituting the health of individuals as parts of a collective. It has been described as a tool of power applied upon subaltern bodies and as biopolitics, disciplining individuals to subdue themselves to certain medical and hygienic practices. The history of public hygiene has also been closely intertwined with the construction of a social, national or racial ‘other’, (violently) excluded from a hygienically ‘clean’ inner circle. Hygienic rule (in a Foucauldian sense), however, next to disciplining elements, also implies techniques of stimulating individuals to hygienic technologies of the self.

Cultural history has shown an increasing interest in the entanglement of ruling techniques and medical knowledge and practices, yet empirical studies on the subject concentrate mostly on ‘Western’ cases or on the overseas colonies. The history of medicine and public health in the regions of Central and Eastern Europe has so far gained only little scholarly attention. For this reason we would like to bring together, for the first time, scholars working on various aspects of hygiene in Eastern/Central Europe in the 19th and early 20th century for an international workshop. The workshop is supposed to be a forum for the discussion of work in progress on related subjects; the aim is to enhance academic contact within and beyond Eastern/Central Europe.
Doctoral and post-doctoral students of hygiene are particularly encouraged to apply. Participants will be asked to give a short presentation (c. 15-20 minutes) at the conference and to circulate their papers in advance. To apply for the workshop, please send an abstract of your paper (1 page) and a CV to Katharina Kreuder-Sonnen (Katharina.Kreuder-Sonnen(at)gcsc.uni-giessen.de) or Andreas Renner (Andreas.Renner(at)ifog.uni-tuebingen.de) by 30 June 2011 at the latest. Travel expenses may be reimbursed.

Papers on discourses, institutions, organisations and opponents of public hygiene, political and scientific practices as well as hygienic technologies of the self are welcome. However, the following points seem of special interest to us.

1. The role of hygiene in the rule of empires What kind of hygienic knowledge was produced and used in order to rule an empire? Who were the carriers and propagators of such hygienic knowledge? Of further interest is also the question of how the multiethnic character of the Habsburg, Ottoman and Tsarist Empires influenced imperial hygienic rule: In what way did metropolitan hygienic knowledge interact with local (ethnically or religiously based) knowledge and practices on health and medicine and what were the practices of resistance against hygienic governing? Can differences to hygienic rule be observed in supposedly homogeneous nation states? What does the comparison of hygienic rule in different empires tell us about the role of medical knowledge in imperial governance?

2. Hygiene as travelling knowledge Knowledge on public hygiene in Central and Eastern Europe has been produced in exchange with ‘Western’ ideas on medicine and health. In what forms did this exchange take place in the period of time under consideration and who were the carriers of travelling hygienic knowledge? How did ‘Western’ and local knowledge interact in this transnational setting of knowledge production? In the 20th century international organizations like the Office International d’Hygiène Publique, the League of Nations and the Rockefeller Foundations played an important role in the international transfer of knowledge. Furthermore, the workshop would also like to follow the paths of travelling knowledge within the region of Central and Eastern Europe.

3. War and hygiene Wars threaten to destroy both military and civilian regimes of hygiene. How have the challenges of war been met, what kind of medical rules for physical and mental conduct were set up and by whom? How did physicians and other experts of hygiene experience times of war and revolution in East/Central Europe? In which respects did military hygiene influence civilian hygiene – and vice versa? Did wars boost the international discourse on hygiene (like the Russo-Japanese war) or rather lead to nationally fragmented discourses?

4. Building socialism or nation states after 1918 How was public hygiene involved in the processes of building up ‘modern’ states in the post-Habsburg and post-Ottoman region after World War One? What were the institutions of public or – in this case – state hygiene in these young states? What role did public hygiene play in the ‘inner colonization’ of the Soviet Union? Were there any continuities with pre-Soviet forms of imperial hygienic rule? How was hygiene involved in Soviet social engineering and the construction of « new men »?

The workshop will take place from 13 – 15 January 2012 in Gießen, at the Justus Liebig University, Institute for the History of Medicine, Jheringstr. 6, Germany.

Parution – Journal of medicine and philosophy

Parution – Journal of medicine and philosophy

Daniel E. Hall
The Guild of Surgeons as a Tradition of Moral Enquiry

Andrew A. Michel
Psychiatry After Virtue: A Modern Practice in the Ruins

Warren A. Kinghorn
Whose Disorder?: A Constructive MacIntyrean Critique of Psychiatric Nosology

Ryan E. Lawrence and Farr A. Curlin
The Rise of Empirical Research in Medical Ethics: A MacIntyrean Critique and Proposal