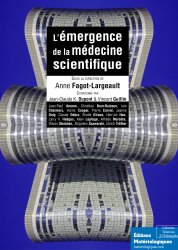 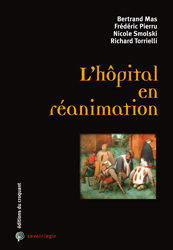 The DRUGS research network of the European Science Foundation;

Due to serious space limitations, anyone wishing to attend the workshop (or even a part of it) should register by sending an email to George Weisz (george.weisz@mcgill.ca)

Much of the massive increase in drug use during the second half of the twentiethcentury has centered on chronic conditions, diseases, or disabilities. The National Institutes of Health in the USA were largely built around such conditions and many blockbuster drugs were designed to (or claimed to) treat them. Many drugs have essentially created new chronic conditions by making treatment possible (low-grade hypertension, high cholesterol). Others have transformed mortal diseases like diabetes and more recently Aids into manageable longterm chronic conditions where treatment of drug side effects are among the major tasks of physicians and the medical system. If they have made possible or visible certain new diseases, they have also changed the way we think about disease more generally. While these developments have been extensively examined at the 2009 ESF workshop organized in Manchester by Carsten Timmerman and Viviane Quirke, one lesson of this workshop was that a better understanding of the history of chronic disease treatment needs us to move beyond drug research and regulatory agencies and to think more broadly about the socio-institutional context in which medicine is practiced. It is this road that this workshop would like to take by proposing an investigation of the changing landscape of institutions built around the issues of chronicity and disability during the 20th century. Historically, these issues of chronicity, invalidity and disability have been related, both at the conceptual and practical levels, to social-welfare institutions as well as to medicine. This is also why, since the mid 20th Century, they have been widely considered as critical problems for modern western societies, both threats to social cohesion and challenges for health systems. They have justified and shaped many of the reform initiatives of welfare states, fueled new social movements and mobilized professionals. The social and welfare institutions and actors around chronicity or disability not only provided a frame for practicing medicine. They also stimulated the production of new types of knowledge, gave impetus to new ways of practicing medicine, and played a role in fostering the massive efforts to produce new pharmaceutical products. What has emerged is a new landscape of institutions dealing with these problems, including research institutes, public health administrations, specialized hospitals, medico-social structures, health and social insurance bureaucracies, users’ associations and pharmaceutical companies. However, chronic disease and disability did not suddenly emerge as new problems for health professionals and administrators in the mid 20th century. Throughout the 19th century, for instance, “incurables” were seen as a burden for hospitals, which in many cases refused to admit them. At the turn of the 20th century invalids were the target of some of the first public assistance initiatives within the emerging welfare states. Almost everywhere, invalidity became divided up into separate categories, each requiring distinctive institutional and sometimes therapeutic frameworks. The long story of chronicity should then be seen as that of redefinition and reshaping by a variety of institutions and movements of issues and conceptual categories surrounding the relationship between the medical and the social needs of certain populations that seemed always to be expanding.

The aim of this workshop is thus to explore this changing landscape of medical, social, political, administrative, commercial and, not least, scientific institutions that have been created or recreated during the 20th century to deal with chronicity and disability. To date, our understanding of the emergence, reemergence, definition and redefinition of these medicosocial problems over the last century remains limited to a series of local case studies dealing with narrow time periods. Among medical historians, single diseases or institutional types remain the primary units of study. Accordingly, the workshop will gather scholars working on a variety of issues to develop a framework for a wider, more comprehensive and more analytical understanding of chronicity and disability as evolving problems of social, pharmaceutical and medical action.

10:15 – Martine Bungener (CERMES3-CNRS) & Nicolas Henckes (CERMES3-CNRS) – The emergence of the “secteur medico-social” in France, 1960-1990: between planning, medico-economic expertise and the transformation of health care delivery

11:15 – Paul Bridgen (University of Southampton) – Medicine, social welfare and the longterm care of older people in post-war Britain, Canada and the USA

15:45 – Aaron Mauck – (University of Michigan) – Selling the Symptomless: Disease Advocacy and the Limits of Signification in Chronic Disease, 1945-1970

9:15 – Alysa Levene (Oxford Brookes University) and Becky Taylor (University of London) – Chronic patients and the reorganizations of healthcare in interwar England and Wales: a local perspective

10:00 – Martin Gorsky (London School of Hygiene and Tropical Medicine) – From poor law institutions to geriatrics hospitals in the South West of England, 1930s-1970s

11:00 – Michael Bury (University of London) – From suffering to self efficacy: chronic illness in the era of care transition

11:45 – Commentary by Virginia Berridge (London School of Hygiene and Tropical Disease) and discussion

14:00 – Myriam Winance (CERMES3-INSERM) – The notion of handicap in France: between administrative label and political issue

17:15 – Informal discussion Sociology and the idea of chronic disease

9:15 – Gerry Oppenheimer (Columbia University) Society: Collection of Individuals or a Collectivity? Strategies for the Prevention of Coronary Heart Disease in Post-War Epidemiology